Density uses 3D depth cameras and an AI cloud-based software to enable social distancing and occupancy analytics. Pepsi, Delta, Verizon, Uber, Marriot, and ExxonMobil are among its clients that use its service to figure out which parts of their offices get the most use and which the least and to deliver people-counting metrics to hundreds and thousands of their employees.

The Density 3D camera consists of over 800 components sourced from 137 supply chains. The camera attaches above a doorway and tracks movement with two Class 1 infrared lasers. The data is transferred via Wi-Fi to Density’s cloud-hosted backend, where it’s processed and analyzed. A web dashboard, SMS messages, signage, and mobile apps provide insights like the real-time capacity of a room and historical crowd sizes, while an API allows third-party apps, services, and websites to make use of the data in many other ways.

Density’s infrared tracking method offers a major advantage over other approaches: privacy. Unlike a security camera, its sensors can’t determine the gender or ethnicity of the people it tracks, nor perform invasive facial recognition. “It’s far easier to do a camera,” says Density CEO Andrew Farah. “But we believe the data pendulum has swung too far in one direction. It’s good to see people ask about data being collected … We knew that the right market was corporate clients with office space because our sensor can do occupancy detection inside of a room where a camera can’t go.” 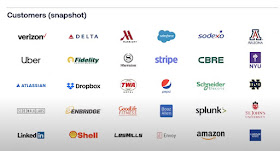 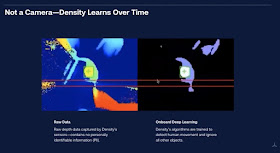 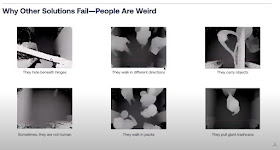 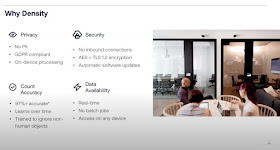 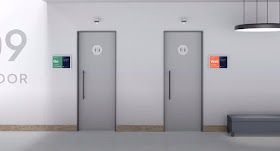 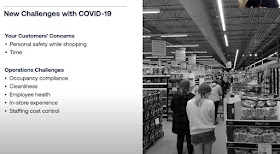 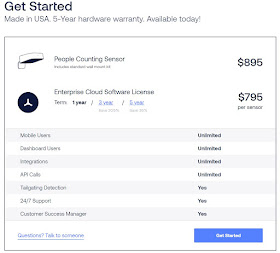