"Beyond the sensor itself, innovations in all the different subcomponents of the camera module are in high demand. The introduction of periscope lenses was a major event that allowed 5x or even 10x optical magnification within the existing thickness of mobile phones. Optical image stabilization (OIS) is another critical technology for photography especially for telephoto, hence players are also looking for innovations in this area, using new materials, MEMS or liquid lens to replace the Voice Coil Motor (VCM) approach.

Technical upgrades of camera modules include the “Active Alignment” process to align multiple cameras well. There will be several innovations in camera module integration, like pop-up cameras or side-up cameras, and under-screen cameras in future.

The industry leader LG Innotek continues to maintain its position due to the large orders from Apple. Closing in are Ofilm and Sunny Optical, who have climbed to the second and third positions by relying on the strong domestic market in China, replacing Semco and Foxconn/Sharp. In the years to come the US-China trade war could play a big role in reorganizing the ranking of Compact Camera Module (CCM) players." 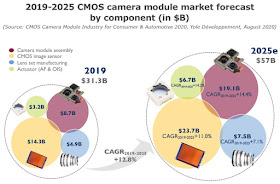 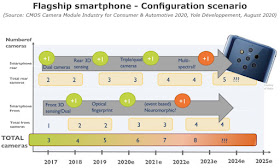 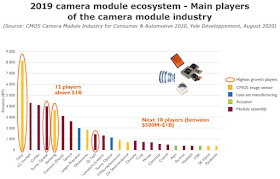 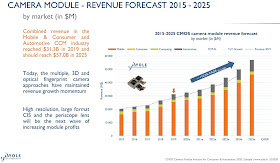 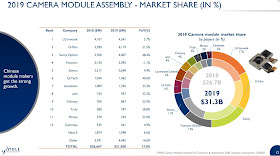 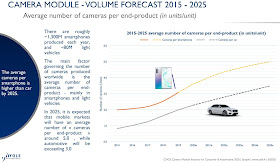 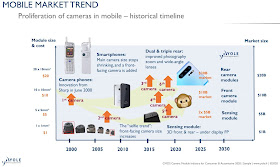 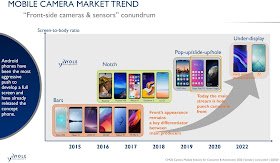 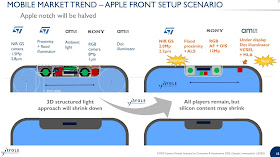 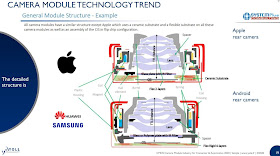 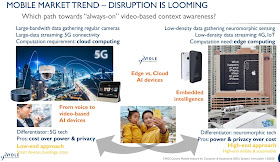 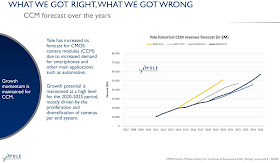 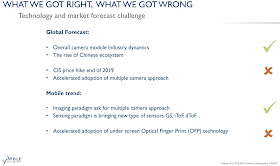